Now and then I'd like to feature a particular essential oil.

This will help give you a greater appreciation for the oils you might already be using.

And it may encourage you to give some new oils a try.

Cinnamon (and cinnamon essential oil) has an interesting history that goes back thousands of years.

It has long been regarded as a symbol of wealth... in large part because it was very difficult to get.

Not only was cinnamon in limited supply, it also had to be transported across continents to get to its desired destinations.

But around 1800 this changed, as knowledge about how to cultivate cinnamon became widespread.

This made cinnamon much less expensive and much more accessible.

And today, of course, cinnamon is common... which is great for your family and mine. 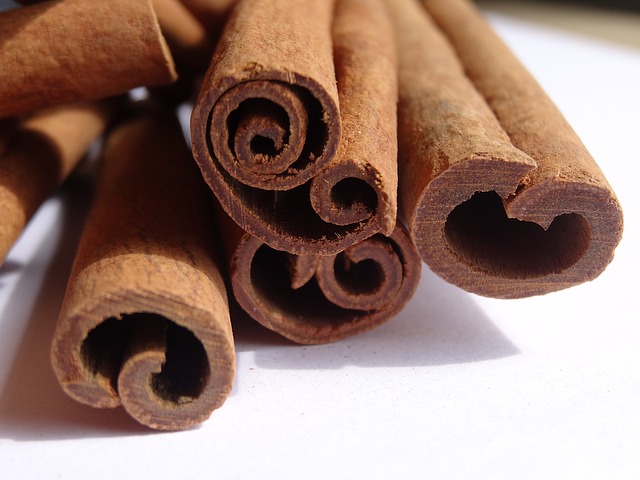 Cinnamon has a number of benefits.

First, on the health front...

Cinnamon provides great support to the immune, endocrine, and cardiovascular systems of the body.

This is why, for example, even back in the Middle Ages thieves applied cinnamon oil during the Black Plague.

To learn more about the health benefits of cinnamon, you may want to read up on its primary constituent, cinnamaldehyde.

Another benefit of cinnamon oil is its appealing aroma.

Cinnamon has what you might describe as a sweet, woodsy, and hot smell to it.

This makes it a wonderful choice for diffusing.

And the aroma can be enhanced and varied by mixing with other oils in a diffuser.

When it comes to cinnamon oil benefits, I should mention, too, that cinnamon still is symbolic of wealth, and many believe it can actually help to attract wealth.

In fact, there are essential oil blends that have been created with this idea in mind.

Cinnamon (and cinnamon oil) have a variety of uses.

Most common is its use in food and drinks.

There is a whole range of food items that naturally call for cinnamon.

These include pastries, coffee and teas... and even popcorn.

As mentioned, another excellent use of cinnamon essential oil is in a diffuser – either by itself, or combined with another oil.

I just love, for example, to diffuse cinnamon oil with orange oil during the holidays... it creates a real warm and shall I say 'yummy' environment.

And another use of cinnamon – that is often overlooked – is as a supplement.

This is frequently best done in a capsule with a carrier oil.

When using cinnamon essential oil as a supplement or as part of a recipe for food or drinks, only use an oil that is that is of a consumable quality.

Also, due to its high phenol content, cinnamon can have a hot or irritating effect if it comes in direct contact with the nose, eyes, or skin... so use it with care, and have a carrier oil nearby to help relieve any irritation.

Return from Benefits of Cinnamon to Tips for Essential Oil Uses

Return from Benefits of Cinnamon to Family Essential Oils HOME